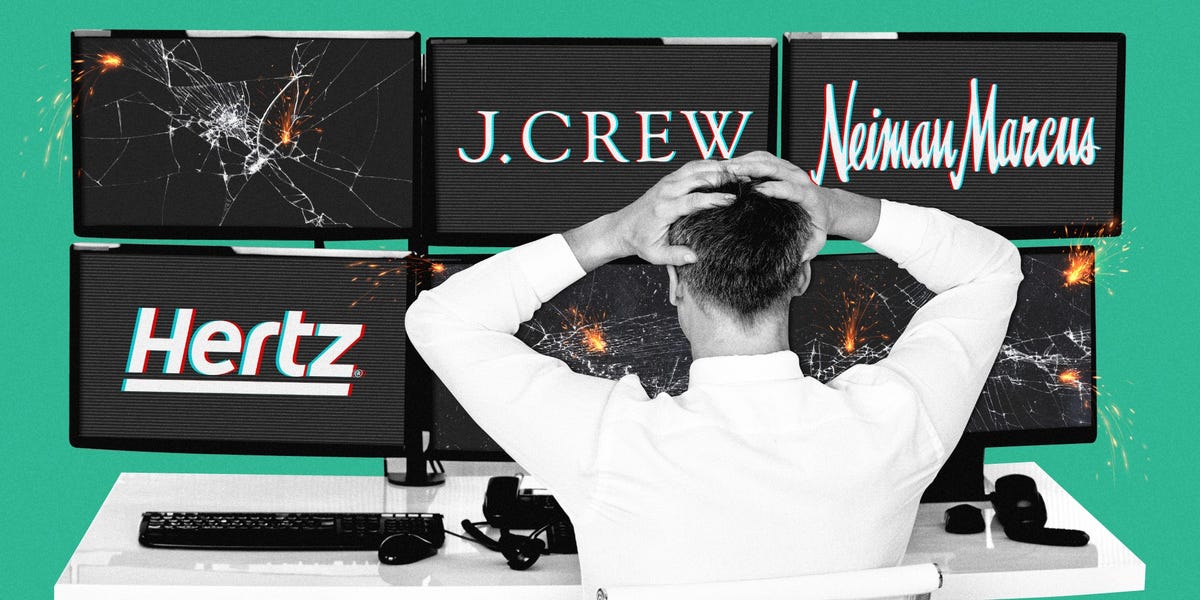 Welcome to Wall Street Insider, where we take you behind the scenes of the finance team’s biggest scoops and deep dives from the past week.

If you aren’t yet a subscriber to Wall Street Insider, you can sign up here.

Car-rental giant Hertz filed for bankruptcy protection on Friday evening after it was unable to reach an agreement with its biggest lenders, adding to a wave of bankruptcy filings in recent weeks as companies struggle with an unprecedented hit from the coronavirus pandemic.

Distressed-credit trading at Wall Street banks had been a small, quiet corner of the market over the past decade. But as the economic fallout spreads, more opportunities and flow are likely to come the way of the desks that make markets in bonds and loans trading at discounted prices, bankruptcy claims, litigation events, and other more complex and special situations.

Alex Morrell and Dakin Campbell spoke with industry insiders —  including buy-side traders and portfolio managers, current and former sell-side credit execs, and headhunters and consultants — to map out Wall Street’s most powerful and noteworthy distressed-debt traders.

The pandemic has also prompted a surge in e-commerce and forced a re-think of how companies use and occupy office space. A pair of stories from Dan Geiger this week took a look at how those forces are already reshaping real-estate markets.

Facebook CEO Mark Zuckerberg revealed on Thursday that the tech giant is eyeing offices in cities like Dallas, Atlanta, and Denver to act as ”hubs” to support 50% of its workers staying remote — and it’s a move that could upend Silicon Valley and NYC real estate. Meanwhile, warehouse properties are suddenly red-hot, with Amazon snapping up space while ailing companies are looking to sell. Here’s a look at key deals and market forecasts that lay out a huge opportunity for industrial real-estate.

Keep reading for a look at where investors draw the line when it comes to hedge fund social-media spats, the story behind pandemic bonds, and a push to pitch SPACs to family offices and super-wealthy people.

Have a great long weekend! As social media has become ubiquitous over recent years and the pandemic now has forced everyone to stay at home and logged on at all hours, hedge-fund investors have added online activity to their due diligence checklist.

Bradley Saacks took a look at what allocators make of high-profile social media spats — and what online behavior can cross the line and cause them to rethink investments.

When big-name hedge-fund managers like Cliff Asness feud with the Twitter masses, major investors notice. Here are the behaviors that could cost them billions.

Investors are clamoring for ”pandemic bonds” linked to the coronavirus recovery effort, and Alex Morrell took a look at how Wall Street banks are preparing for a deluge of similar socially-minded financing opportunities.

For one, Karen Fang, a star in Bank of America’s sales and trading division who’d been promoted to an ambitious new role a year earlier, relinquished some of her trading responsibilities earlier this year to assume the role of the bank’s global head of sustainable finance.

Investors are clamoring for ’pandemic bonds.’ Here’s how Wall Street banks are revamping their businesses and senior execs are devising ways to capture the surging demand.

Staffing shuffle at JPMorgan and Bank of America

As Dakin Campbell reports, some of the largest US banks have been shifting employees into roles restructuring troubled loans.

Workers are also lending a hand with an influx of new loan requests, including credits for troubled companies seeking cash. Some of the employees had been working on examination activities, and got freed up when the Federal Reserve called a halt to some exams in late March. UBS is pitching special purpose acquisition companies — so-called blank-check companies — to its massive wealth-management network, and looking to bring SPACs to market with as much as a 20% retail investor base.

Dan DeFrancesco took at look at how the trend is a departure from how SPACs — entities with no commercial operations that raise money and IPO with the intention of acquiring a company — traditionally raise money.

Dan Geiger revealed that flex-office firm Knotel and the insurance startup Rhino failed to disclose a family tie between the two companies when the pair struck a deal to place an insurance firm on the hook financially if Knotel defaults on office leases it has signed.

In recent months, Knotel has let millions of dollars in bills to vendors and landlords go unpaid — and its CEO has said the firm will walk away from leases.

Knotel and insurance startup Rhino didn’t disclose its CEOs were brothers when it struck a complex financial deal. Now a key partner could be on the hook as Knotel scrambles to pay bills, slashes staff, and plans to shed portions of its portfolio.

NOW WATCH: Here’s what it’s like to travel during the coronavirus outbreak 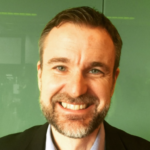